7 Steps to Avoid Project Failure with a Project Pre-Mortem

If you could prevent project failure, would you? (Of course you would!)

We’ve all heard of post-mortems, where we dissect a project after it’s over to identify what went wrong to try to prevent it in projects in the future. Unfortunately, since post-mortems happen after the project is complete (or the patient is gone), they do little to prevent failure.

Step 1: Brief the team on the plan. Before you can start to identify what can go wrong with your project, you need to make sure the whole team understands the goals of the project, and how you’re planning on accomplishing it.

Step 2: Define failure. Don’t just settle for “The project failed. Why?” Have the project go down in flames – set it on fire, lose it in the ocean, take down the entire internet structure with your new launch. Give your failure some color to get the creative juices flowing.

Step 3: Brainstorm reasons for failure. Each person should brainstorm individually anything they can think of that would cause your project to fail. Encourage the team to even list things that they might ordinarily keep to themselves – like if a key stakeholder gets distracted or if the budget gets re-allocated. Focus on the reasons for failure – not solutions!

Step 4: Share all of the reasons. Allow each person to share one reason for failure from their list, until all the reasons have been shared. Do this without judgment, and again, without looking for solutions.

Step 5: Prioritize reasons for failure. Through the course of this exercise, you’ve probably come up with some pretty crazy reasons for failure, along with real risks that you need to plan for. While prioritizing, focus on problems that are:

Have you run project premortems? Have they helped you to prevent project failure? With demand outstripping the supply of talented customer success managers at the moment, simply identifying and hiring a dedicated customer... How to Create the Perfect Handoff from Sales to Customer Success

A good start can set the tone for any journey. You jump on the train, find a quiet window seat,...

One of the many benefits of using Cloud Coach is the ability to customize your UI in order to visualize...

Cloud Coach is secure and customisable platform for successfully delivering customer projects of all shapes and sizes.

Cloud Coach is secure and customisable platform for successfully delivering projects of all shapes and sizes.

View Demos By Use Case

on how to achieve project success.

This website uses cookies to improve your experience while you navigate through the website. Out of these cookies, the cookies that are categorized as necessary are stored on your browser as they are essential for the working of basic functionalities of the website. We also use third-party cookies that help us analyze and understand how you use this website. These cookies will be stored in your browser only with your consent. You also have the option to opt-out of these cookies. But opting out of some of these cookies may have an effect on your browsing experience.
Necessary Always Enabled
Necessary cookies are absolutely essential for the website to function properly. This category only includes cookies that ensures basic functionalities and security features of the website. These cookies do not store any personal information.
Non-necessary
Any cookies that may not be particularly necessary for the website to function and is used specifically to collect user personal data via analytics, ads, other embedded contents are termed as non-necessary cookies. It is mandatory to procure user consent prior to running these cookies on your website.
SAVE & ACCEPT

Schedule a tailored demo with one of our project specialists. 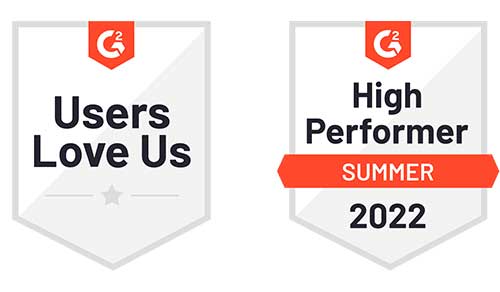 Schedule a tailored demo with one of our project specialists.

Sign up to receive the latest project tips and tricks directly from Cloud Coach.

Cloud Coach cares about your privacy. We may use this information for our legitimate interests to provide you with information about products or services that may be of interest to you. You can of course unsubscribe from our emails at any time. Learn more by reading our Privacy Policy.

A Cloud Coach advisor will be in contact by email within one working day to arrange your demo.